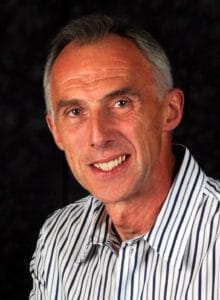 Jonathan has an honours degree in psychology and has been in private practice for over 25 years.

He worked with the Department of Health on establishing a national regulator for hypnotherapy and as part of the team that created the first National Occupational Standards for hypnotherapy.

He has been a member of the council of management of the International Association for Evidence Based Psychotherapy (IAEBP) since 1998 and organised the national conferences from 1999 to 2004 and again since 2010. He was awarded his Fellowship in 2001 for services to the profession.  He is also the IAEBP Administrator.

Apart from running his busy practice, Jonathan has many other interests. He runs a championship-winning classic rally car, having previously participated in motorcycle rallies on the continent. He is a keen student of architecture and design, especially garden design, his own garden being an oasis of calm and tranquility in a busy city.

Jonathan is also chairman of the Thailand Philatelic Society, a position that takes him to many countries visiting exhibitions and fellow enthusiasts.  Jonathan enjoys dancing and coastal walks.