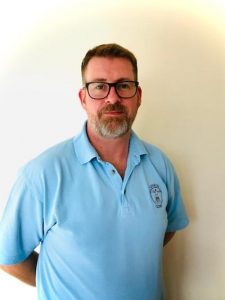 Eric has been a massage therapist since 2014 and has had the privilege of being tutored by one of the world’s leading authorities on the subject, Mel Cash, the principle tutor of the London School of Sports Massage.

Eric’s interest in the human body and it’s response to certain movements was first sparked during his studies as an Aikido practitioner. After five years of developing his skills, he achieved the level of Shodan instructor.

Eric’s interest in learning how the body worked evolved after sustaining a small injury and after seeking the help of his brother-in-law who at the time was a masseuse at the Hilton Hotel, Istanbul. He was so impressed with the progress of and speed in which his ailment was alleviated that he undertook a course in body massage at the Andover College.

As his passion grew stronger,  he took his studies further and joined the diverse classes at London School of Sports Massage in Regents Park University which was headed by Mel Cash and supported by teachers who are leaders in their fields.

Eric is delighted to be practising from the Chiros Health Clinic. His practice has been further enhanced through tutoring and further education from Nick Richmond who he considers to be a pioneer in his field.

Eric believes that helping people is the most rewarding outcome of any career.

​
« Return to the team page